A man’s sperm contains a small amount of white blood cells, which is entirely normal. However, excessively high levels may suggest the existence of an underlying health condition or contributing behaviour. As a result, additional evaluation and treatment are required.

This section covers potentially reversible male-factor abnormalities that may be detected by carefully analysing the findings of the sperm assay:

ROS, on the other hand, may destroy healthy cells, including sperm. ROS cause DNA damage in sperm, break the sperm membrane, and impair sperm motility.

Pyospermia affects fewer than 5% of men with reproductive problems.

A sperm analysis is one of the first steps in the fertility testing process for any male infertility concerns. A semen analysis, as seen in this sample semen analysis, offers an accurate representation of the male’s sperm quantity and quality.

Debris and cells may be identified in the sample in certain situations. Debris such as epithelial cells and white blood cells are often seen in small quantities.

White blood cells in sperm are not an issue until they exceed one million per millilitre of sperm.

Pyospermia affects less than 5% of males who have a reproductive issue.

Pyospermia may be induced by a variety of factors, including:

Infections of the female reproductive system may result in significant and long-term fertility issues.
As a result, even though the risk of infection is minimal, men should use a condom during intercourse until urine tests demonstrate no disease. If the tests identify an infectious organism, the spouse or partner should also be examined and treated. 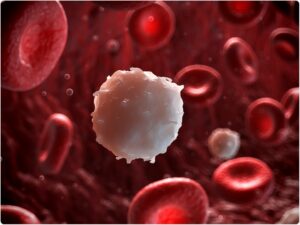 Because certain genital infections may be transmitted via sexual contact and are typically treatable, all men with pyospermia should undergo urine tests to screen for organisms that cause disease inside the genitourinary tract.

Patients diagnosed with leukocytospermia are often found to be asymptomatic.

They may, however, show symptoms of infection in the bladder, prostate, epididymis, or testicle, which are consistent with cystitis, prostatitis, epididymitis, or orchitis, to mention a few.

Infertility affects around 15% of all couples seeking to conceive, with the presence of a male partner being responsible for more than half of these cases.

A complete history and physical examination done by a male infertility specialist may aid in determining whether or not there is an obvious source of infection.

Urine culture or a semen culture may be conducted to identify whether or not bacteria are present in the urine or the sperm.

According to the American Urological Association (AUA) and the American Society of Reproductive Medicine (ASRM), in individuals with unexplained male infertility, counting the quantity of leukocytes in the sperm or examining assisted reproductive alternatives should be done.

The presence of leukocytes in sperm may have an effect on sperm health overall. Leukocytes may weaken sperm and damage its genetic material.

Leukocytes may create reactive oxygen species, which are harmful to sperm. Leukocytes have been linked to sperm DNA damage (DNA fragmentation).

According to multiple studies, men who got effective treatment for leukocytospermia had a better likelihood of conceiving naturally.

There is no evidence that leukocytospermia has a negative impact on IVF outcomes such as fertility rates, embryo development, embryo quality, or pregnancy following embryo transfer.

How Are They Treated?

Eliminating white blood cells from sperm may enhance sperm function and increase conception rates. Because antibiotics may aid in treating pyospermia, men may be given a prescription for antibiotics and urged to complete the course even if no organisms are identified in the urine. A culture of the sperm may be collected in exceptional situations.

Nonsteroidal anti-inflammatory drugs (NSAIDs) are also used for pyospermia patients to boost sperm count. Pyospermia may also improve on its own.

Other things men may take to attempt to reduce extra white blood cells from sperm include:

Antioxidant dietary supplements may diminish sperm production and minimise the impact of white blood cells in the sperm.

Men with pyospermia who are attempting to conceive might consider taking antioxidant nutritional supplements such as vitamin E, vitamin C, Coenzyme ubiquinol-10 (CoQ10), glutathione, and others.

Pyospermia may also be addressed by addressing genitourinary issues that may lead to infection or inflammation. Correction methods include varicocelectomy, a procedure to treat a varicocele that may boost sperm production and decrease white blood cells in the sperm.

Prostatic blockage with infection and urethral valves are two different conditions that may be addressed. 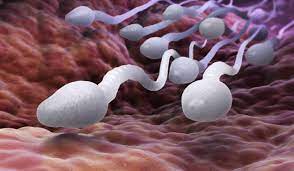 There is no consensus on the best way to treat leukocytospermia.

The AUA and ASRM make no treatment recommendations, whereas the Canadian Urological Association (CUA) recommends considering therapy in the setting of infertility, and the European Association of Urology (EAU) states that antibiotics may improve sperm quality, but there is no definitive evidence that it increases the likelihood of conception.

Finally, treatment should be tailored to the person. It may be more suitable for treatment in those who choose natural conception or IUI and have leukocytospermia as well as low sperm motility.

Long courses of antibiotics (usually 4-6 weeks), anti-inflammatory medication (ibuprofen), steroids, antihistamines, and antioxidants are among the treatment options available; however, research on these regimens is limited.

If urine or sperm cultures are positive, antibiotic treatment may be prescribed. However, most cases of leukocytospermia result in negative cultures.

As a result, empiric antibiotics that target the usual organisms that cause prostatitis may be utilised. These antibiotics include tetracyclines (e.g., doxycycline), sulfonamides (e.g., Bactrim), quinolones (e.g., ciprofloxacin), macrolides, and penicillins.

According to some studies, ejaculating frequently (at least every three days) may help reduce the number of leukocytes. Cessation of tobacco, marijuana, and alcohol use may also reduce the quantity of leukocytes in sperm.

Some studies have shown that treating leukocytospermia may boost pregnancy rates, however data is limited and further high-quality research is required.

Will Pyospermia Prevent Me From Having Children?

Finally, this is perhaps the most important issue for our patients. If our patients are having trouble conceiving, leukocytospermia is unlikely to be the only cause.

These leukocytes may make pregnancy more difficult, but not impossible. Many of our leukocytospermic patients may still get pregnant via a variety of methods, including natural conception, IUI, and IVF.

Because the existence of these leukocytes is unknown, some urologists prefer not to treat them at all, whereas others do.

At Reproduce Medicine Associates of New Jersey, we take a fresh approach. Our urologists only treat them when the advantages outweigh the dangers and the treatment plan is satisfactory to our patients.

White blood cells are an essential part of the immune system. They protect themselves from invading germs and diseases. They are produced in the bone marrow and circulate throughout the body. When a region becomes polluted, the WBC count rises and the body begins to attack the sick area in try to restore health.

Should you be worried about the presence of white blood cells in sperm?

When white blood cells are discovered in sperm, it is cause for concern since it might indicate a genital tract infection. If the problem is not treated, the testis may be injured. White blood cells may cause further harm because they release superoxide radicals, which destroy the sperm and its DNA. This damage may also impede sperm’s ability to fertilise an egg.

If significant pyospermia persists after effective treatment, additional testing is recommended to ensure that no hidden cause of inflammation is discovered, such as potentially dangerous but uncommon disorders like prostate cancer.

The following tests may be recommended:

1) Chlamydia and gonorrhoea tests using a urethral swab or urine (if not previously done). Sexually transmitted infections might be entirely silent and without symptoms in rare situations. Z11.3 is the diagnosis code for STD testing.

2) Transrectal ultrasound (TRUS). The prostatetitis diagnostic code is N41.9. This radiologic examination provides a good view of the prostate and seminal vesicles and may discover anomalies in the area such as stones or abnormal tumours. Because not all radiology institutions provide TRUS, you may have to call around to find one that does. TRUS is often provided by urologists in their offices.

3) Prostate-specific antigen (PSA). The PSA screening diagnostic code is Z12.5. PSA is a screening test for prostate cancer. It is usually performed in conjunction with a digital rectal exam. Although prostate cancer is uncommon in younger men, I have seen it in individuals as young as thirty.

A tumour in the prostate might produce inflammatory changes and pyospermia depending on where it is positioned inside the gland. If there are any abnormalities on the PSA test or ultrasound imaging, a urologist should be consulted.

If all of the tests are normal, I would recommend a yearly PSA and digital rectal exam with your primary care physician or a general urologist.

A semen analysis three months after the antibiotics are finished advised as a follow-up. If the pyospermia is not effectively treated, alternative options include semen cultures, anti-sperm antibody testing, genitourinary tract X-rays, and urine flow studies. Your doctor will advise you to take an over-the-counter NSAID for 30 days in most circumstances.

What Do Piles Look Like On Your Bum? – Piles Overview