Have you ever thought about azoospermia symptoms? Azoospermia is a condition in which a man’s ejaculate contains no sperm.

Some of the factors that contribute to it include a blockage anywhere along the reproductive canal, hormone disorders, ejaculation problems, and concerns with testicular anatomy or function. Many of the reasons are curable, and it is possible to restore fertility.

It may also be feasible to collect live sperm for use in assisted reproductive procedures if the original cause cannot be determined.

A disorder known as azoospermia affects males who do not have sperm in their sperm. It affects around 1% of all males and 15% of infertile men.

There are no obvious signs, but if you’ve been unsuccessful in getting your spouse pregnant, this illness might be the culprit.

After roughly a year of attempting to conceive with unprotected intercourse, couples are termed infertile.

Crossing the invisible line into the realm of infertility may be terrifying. Aside from feeling as though pregnancy announcements are plastered everywhere, you may be concerned about your general health and unsure about what to do next.

You’re not alone yourself. Infertility affects 12 to 13 out of every 100 couples. Male-factor infertility is responsible for up to 50% of these instances. Azoospermia, characterized by a complete absence of sperm in the sperm, is one probable reason. While azoospermia is uncommon, it affects roughly 1% of males and is the cause of 10% to 15% of infertility cases.

How Common Is Azoospermia?

It is estimated that azoospermia affects 1 percent of all males and 10 percent to 15 percent of infertile men.

How Do You Know If You Have Azoospermia?

If you’ve been unsuccessful in getting your spouse pregnant, your doctor may examine you for this problem.

First, you’ll provide samples of your sperm, which will be examined under a high-powered microscope in a lab. If there is no sperm in your sperm on two distinct occasions, you have azoospermia.

Your doctor will next investigate the source of the issue. They’ll do a full physical check on you, talk about your medical history, and test your blood to determine your hormone levels.

If your hormone levels are normal, your doctor may recommend a scrotal or transrectal ultrasound to rule out any obstructions. An MRI may be used to confirm the diagnosis. Sometimes surgery is the only option for locating the impediment.

Whether you don’t have a blockage, genetic testing may determine if you have a hereditary condition.

Grasp azoospermia requires at least a rudimentary understanding of how sperm is created and enters the ejaculate.

The testicles, which are kept slightly outside of the body in the scrotum, are where sperm cells begin their trip.

Because sperm is heat sensitive, the testicles are somewhat outside of the body. Sperm cells cannot live at a man’s body temperature.

Sperm cells do not float in a pool of fluids in the testicles. Instead, they form inside a network of microscopic tubes known as the seminiferous tubules.

Sperm cells do not begin in their tadpole-like shape, with a head and a tail.

They start off as little spherical cells. They mature and grow into sperm cells only when exposed to reproductive hormones such as testosterone, FSH (follicle-stimulating hormone), and LH (luteinizing hormone).

The pituitary gland and the testicles regulate and manufacture these hormones.

After reaching a specific degree of maturity in the seminiferous tubules, sperm cells travel into the epididymis, a lengthy, coiled tubal region. They will continue to grow here for many weeks.

The seminal vesicle, commonly known as the seminal gland, transports sperm after the vas deferens. The bulk of the fluid that makes up sperm is generated here. This fluid feeds the sperm cells. The prostate gland is the next stage, when prostate fluids are added to the total semen mix.

The bulbourethral gland, also known as Cowper’s Gland, is located just below the prostate gland. While sperm does not directly pass via these glands, they do discharge a fluid that neutralises any acidity in the urethra left over from earlier urine before to ejaculation.

What prevents pee from ejaculating via the urethra? When a man develops an erection, the muscles surrounding the “neck” of the bladder tighten. This prevents urine from exiting the bladder during male incontinence.

What Are The Parts Of The Male Reproductive System?

In the testicles, seminiferous tubules are small tubes that make up a large portion of the tissue. 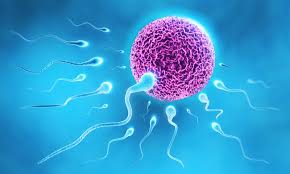 The epididymis is a structure located on the rear of each testicle that is responsible for the movement and storage of mature sperm.

This muscular tube goes from the epididymis into the pelvis before curving around and entering the seminal vesicle, which is a part of the reproductive system.

The seminal vesicle is a tubular gland that creates and retains the majority of the fluid constituents found in male reproductive fluid. Following this, the vesicle narrows and becomes straight, forming the seminal duct, which connects with the vas deferens.

The urethra is a tube that goes through the penis and is responsible for eliminating urine from the bladder and sperm from the vas deferens (vaginal canal).

The vas deferens is the passageway via which sperm travels from the testicles and epididymis to the cervix. The sperm is propelled forward by the constriction of the vas deferens (vaginal contraction).

The seminal fluid is supplemented by secretions from the seminal vesicle, and the fluid continues to travel forward toward the urethra.

Before reaching the urethra, the seminal fluid goes via the prostate gland, which mixes the sperm with a milky fluid to produce the male reproductive fluid. Finally, the semen is ejaculated (released) via the urethra, which is connected to the penis.

Are There Different Types Of Azoospermia?

There are two basic kinds of azoospermia:

It is possible to have an obstruction or missing link in the epididymis, vas deferens, or anywhere else along your reproductive system if you have azoospermia (insufficient sperm production).

You are making sperm, but it is being prevented from exiting your body, resulting in no detectable quantity of sperm in your semen. 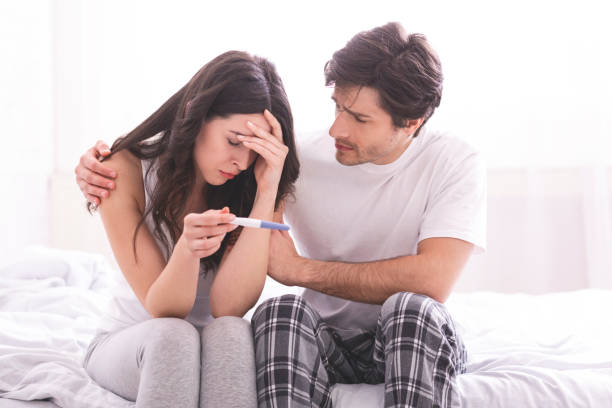 In the case of nonobstructive azoospermia, you have low or no sperm production as a result of problems in the structure or function of the testicles, as well as other factors.

Certain genetic diseases may cause this non-obstructive kind. Kallmann syndrome, for example, inhibits the body’s capacity to generate gonadotropin-releasing hormone (GnRH), which might influence sperm production.

This form of azoospermia may also be caused by brain problems, notably injury to the hypothalamus or pituitary gland. Taking certain drugs or undergoing cancer radiation treatments might also help.

Azoospermia Of The Testes

This non-obstructive kind may occur as a result of:

This obstructive form is seen in around 40% of azoospermia patients. Obstruction may occur as a result of a broken link someplace, such as in the epididymis or vas deferens tubes, which transport and store sperm.

Obstacles may also be caused by congenital problems. Congenital bilateral absence of the vas deferens (CBAVD), for example, is a hereditary disease in which the vas deferens ducts that transport sperm from the testes are absent. It is linked to either possessing or carrying cystic fibrosis genes.

Other reasons of obstructive azoospermia include a history of illness, cysts, injury, or vasectomy.

What Are The Causes Of Azoospermia?

When it comes to the causes of azoospermia, they are closely related to the forms of azoospermia. To put it another way, causes may be caused by a blockage or by nonobstructive factors. 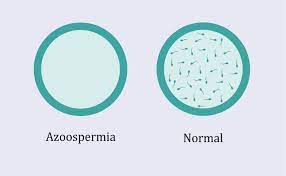 The vas deferens, the epididymus, and the ejaculatory ducts are the most usually affected by obstructions that cause azoospermia to arise. Various are some of the issues that might generate bottlenecks in these areas:

The following are examples of nonobstructive causes of azoospermia:

Klinefelter’s syndrome is characterised by the presence of an extra X chromosome in a man (making his chromosomal makeup XXY instead of XY). It is common for the consequence to be infertility, as well as a lack of sexual or physical development, and even learning issues.

Genetic infertility is caused by a loss of critical regions of genes on the Y chromosome (the male chromosome) that are involved in sperm production.

You may not have any symptoms or even realise you have azoospermia until your attempts to conceive fail. Any additional indications or symptoms you have may be due to underlying reasons such as hormone imbalances or inherited chromosomal disorders.

Azoospermia, or a lack of sperm in the sperm, has no particular symptoms.

Couples attempting to conceive will face infertility if the male partner has a sperm count of zero. If a couple does not get pregnant after one year of unprotected intercourse, they are considered to be coping with infertility. Infertility is often the sole indication that anything is amiss. Having said that, certain causes of azoospermia might create visible signs and symptoms.

The following signs or symptoms may suggest that you are at risk for azoospermia:

It is possible to develop azoospermia while having none of these symptoms.

What Are The Medical Treatments For Azoospermia?

Obstructive azoospermia is treated by reconnecting or repairing the tubes or ducts that are preventing sperm flow.

This might include surgery or other treatments. If the underlying reason is poor hormone production, hormonal therapies and medicines may be beneficial.

Medical therapy for non-obstructive azoospermia may or may not be effective. However, there is some good news: you may still be able to have a biological kid through in vitro fertilisation or intracytoplasmic sperm injection.

How? A small needle might be used by your doctor to harvest sperm from the testes. This retrieval may also take place during a biopsy. Even if you just have a few sperm in your testicles, this technique may work.

If you select this path, it is critical to get genetic counselling to understand the underlying reason and how it may affect any biological offspring.

Are There Any Natural Remedies That Can Help?

Home remedies for sperm production may or may not work in the case of azoospermia. While low sperm count may react favourably to specific herbs and dietary modifications, sperm that is lacking due to an obstruction or genetic issue may not (if at all). That’s not to suggest that eating a well-balanced diet, getting lots of rest, drinking plenty of fluids, and managing stress can’t help. Aside from caring for your overall health, consider working closely with your doctor to establish what natural therapies, if any, may be beneficial in your circumstance.

It might be frightening to be diagnosed with azoospermia or to hear the words “no sperm count.” Take a big breath – having this illness does not exclude you from having biological children.

It is critical to first determine what is causing the problem. Your doctor may have numerous treatment choices to correct the blockage after discussing and treating the reason. Otherwise, techniques such as IVF may be able to help you conceive with your spouse.