By Jack Megan Last updated Sep 4, 2022
Share
Do you have pysospermia and want to know about pyospermia natural treatment? Pyospermia is also known as leukocytospermia in medical language.
Pyospermia is a condition in which an unusually high number of white blood cells in the semen can affect male fertility. Pyospermia weakens the sperm and damages its genetic material.

Pyospermia affects less than 5% of males who have a reproductive issue.

A semen analysis is one of the initial stages in fertility testing for any male infertility concerns. As illustrated in this sample semen analysis, a semen analysis provides an accurate depiction of the male’s sperm quantity and quality.

In certain cases, debris and cells might be discovered in the sample. Debris such as epithelial cells and white blood cells are typically observed in modest numbers.

Leukocytes are white blood cells that defend the body against infectious illnesses and external intruders. They are found in the bloodstream. An increase in the number of leukocytes in the body might indicate the presence of infection or inflammation in the body.

These leukocytes are often identified in the sperm of male reproductive organs. In the case of leukocytospermia, or pyospermia, the presence of more than one million white blood cells in one milliliter of ejaculate is considered abnormal.

It is possible to develop leukocytospermia, also known as pyospermia, due to infection or inflammation anywhere along the genitourinary tract.

Still, it is most common in the prostate gland, seminal vesicles, testicles, and bulbourethral glands, which are responsible for producing the fluid found in sperm. These leukocytes can be found in the following conditions: 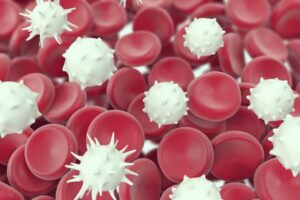 Urinary tract infection, sexually transmitted infections, autoimmune diseases, urethral strictures, varicoceles (dilated veins around the testicles), systemic illness, and use of tobacco, marijuana, or alcohol. The exact cause of their presence is unknown.

Some studies have shown that abstaining from ejaculation for extended periods might increase the number of leukocytes in the sperm. Leukocytospermia is often idiopathic, which means that we don’t know where the leukocytes are originating from until they manifest themselves.

Patients who have been diagnosed with leukocytospermia are often found to be asymptomatic. However, they may also exhibit signs of an infection in the bladder, prostate, epididymis, or testicle, which are consistent with cystitis, prostatitis, epididymitis, or orchitis, to name a few. Urinary frequency, painful urination, pelvic discomfort, testicular pain, and pain during ejaculation are symptoms.

Infertility affects around 15 percent of all couples attempting to conceive, with over half of these instances being attributed to the presence of a male partner.

The results of a comprehensive history and physical examination performed by a male infertility expert may assist evaluate whether or not there is an evident source of infection. ( Treatment of pyospermia ) Urine culture or a semen culture may be performed to determine whether or not bacteria are present in the urine or the sperm.

The presence of leukocytes in sperm may have an impact on overall sperm health. Leukocytes have the ability to weaken sperm and harm its genetic material.

Leukocytes may produce reactive oxygen species, which have a detrimental influence on sperm. Leukocytes may cause sperm DNA damage (DNA fragmentation).

According to several research, men who have received proper treatment for leukocytospermia had a higher chance of pregnancy by natural conception.

There is no indication that leukocytospermia has a detrimental influence on IVF results, such as fertilisation rates, embryo development, embryo quality, and pregnancy after embryo transfer.

There are further measures males may take to attempt to reduce extra white blood cells from sperm, including the following:

Antioxidant dietary supplements have been shown to decrease sperm production and mitigate the impact of white blood cells in the sperm. Men attempting to conceive and have pyospermia might consider antioxidant, nutritional supplements such as vitamin E, vitamin C, Coenzyme ubiquinol-10 (CoQ10), and glutathione. 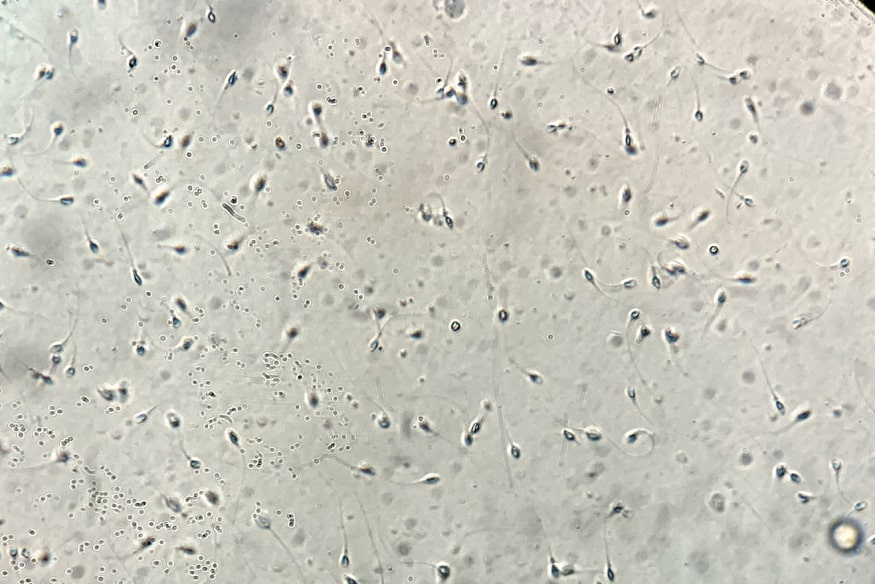 Additionally, pyospermia may be treated by addressing genitourinary disorders that may result in infection or inflammation. The surgical repair may increase sperm production and decrease white blood cells in the sperm. The prostatic blockage caused by infection and urethral valves may be addressed.

There is no agreement on how to treat leukocytospermia.

The AUA and ASRM make no treatment recommendations, whereas the Canadian Urological Association (CUA) suggests that therapy be considered in the setting of infertility, and the European Association of Urology (EAU) states that antibiotics may improve sperm quality, but there is no definitive evidence that it increases the likelihood of conception.

Finally, therapy should be established on an individual basis. It may be more suited for therapy in people who choose natural conception or intrauterine insemination (IUI) and have leukocytospermia as well as poor sperm motility.

Long courses of antibiotics (typically 4-6 weeks), anti-inflammatory medicine (ibuprofen), steroids, antihistamines, and antioxidants are among the therapy choices, however, research on these regimens is sparse.

Antibiotic medication may be targeted if urine or sperm cultures are positive. Most instances of leukocytospermia, however, result in negative cultures.

As a result, empiric antibiotics that target the usual organisms that cause prostatitis may be utilised. Tetracyclines (e.g., doxycycline), sulfonamides (e.g., Bactrim), quinolones (e.g., ciprofloxacin), macrolides, and penicillins are among these antibiotics.

Some studies have shown that treating leukocytospermia may increase pregnancy rates, while evidence is limited and additional high-quality research is needed.

Will Pyospermia Prevent Me From Having Children?

Finally, this is most likely the most significant question for our patients. If our patients are having difficulty conceiving, leukocytospermia is unlikely to be the sole underlying reason.

These leukocytes may make it more difficult, but not impossible, to get pregnant. Many of our leukocytospermic patients may still get pregnant using a number of approaches, including spontaneous conception, IUI, and IVF. Because the existence of these leukocytes is not fully understood, some urologists prefer not to treat them at all, while others do.

We adopt a new approach at Reproduce Medicine Associates of New Jersey. Our urologists only treat them when the benefits exceed the risks and our patients are pleased with the treatment plan.

White blood cells are an important component of the immune system. They defend against invading germs and diseases. They are made in our bone marrow and circulate throughout our bodies. When a region gets contaminated, the WBC count rises and starts fighting the diseased area in order to restore the body’s health.

Should you be concerned about white blood cells in sperm?

When white blood cells are found in sperm, it is reason for worry since it might signal a genital tract infection. It is possible that the testis will be damaged if it is not addressed. White blood cells may cause further harm because they release superoxide radicals, which destroy the sperm and its DNA. This injury may also impair the capacity of sperm to fertilise an egg.

How Do White Blood Cells Differ From Other Types Of Cells?

You can determine the difference between the unimportant cell on the left and the white blood cell on the right by glancing at image B:

What Is The Treatment For An Increase In White Blood Cells?

Antibiotics and nonsteroidal anti-inflammatory drugs are often used in treatment. Your doctor may sometimes prescribe doxycycline or ciprofloxacin. Antibiotic treatment is advised, particularly if the presence of WBCs is accompanied by reduced motility.

If inflammation is detected, DayPro 1,200 mg daily orally with meals for two weeks might be utilised.

Is There Anything Further That Can Be Done?

Other activities men may take on their own to attempt to remove or lower the number of white blood cells include:

What Other Tests Are Available?

If substantial pyospermia continues after effective therapy, further testing is advised to ensure that no hidden cause of inflammation is discovered, such as potentially hazardous but uncommon disorders like prostate cancer.

Testing that may be indicated includes:

2) Ultrasound transrectal (TRUS). N41.9 is the prostatetitis diagnosis code. This radiologic examination allows for clear vision of the prostate and seminal vesicles and may detect abnormalities such as stones or abnormal masses in the region. Because not all radiology facilities provide TRUS, you may need to phone around to locate one that does. Urologists often provide TRUS at their offices. 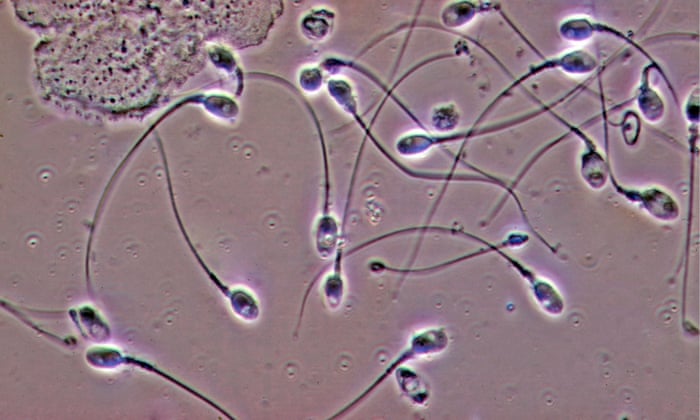 3) Antigen of the prostate (PSA). Z12.5 is the diagnosis code for PSA screening. PSA is a prostate cancer screening test. It is usually done in tandem with a digital rectal exam. Prostate cancer is rare in younger men, but I have seen it in men as young as thirty. Depending on where the tumour is located inside the gland, a tumour in the prostate might cause inflammatory alterations and pyospermia. A urologist should be seen if there are any anomalies on the PSA test or ultrasound imaging. If all of the tests come back normal, I would suggest an annual PSA and digital rectal exam with a primary care physician or general urologist.

In situations of chronic pyospermia, some doctors advocate doing a semen culture to screen for aerobic and anaerobic bacteria, as well as other organisms like chlamydia, gonorrhoea, mycoplasma, and ureaplasma. (For mycoplasma or ureaplasma, two weeks of doxycycline followed by four weeks of ciprofloxacin is recommended.)

The difficulty with sperm cultures is that they are typically incorrect owing to high rates of contamination.

Even after thoroughly cleaning the hands and penis with antibacterial soap before to collecting sperm, germs may still colonize the end of the urethra closest to the penile aperture, contaminating the specimen (but which generally do not cause fertility problems or pyospermia). 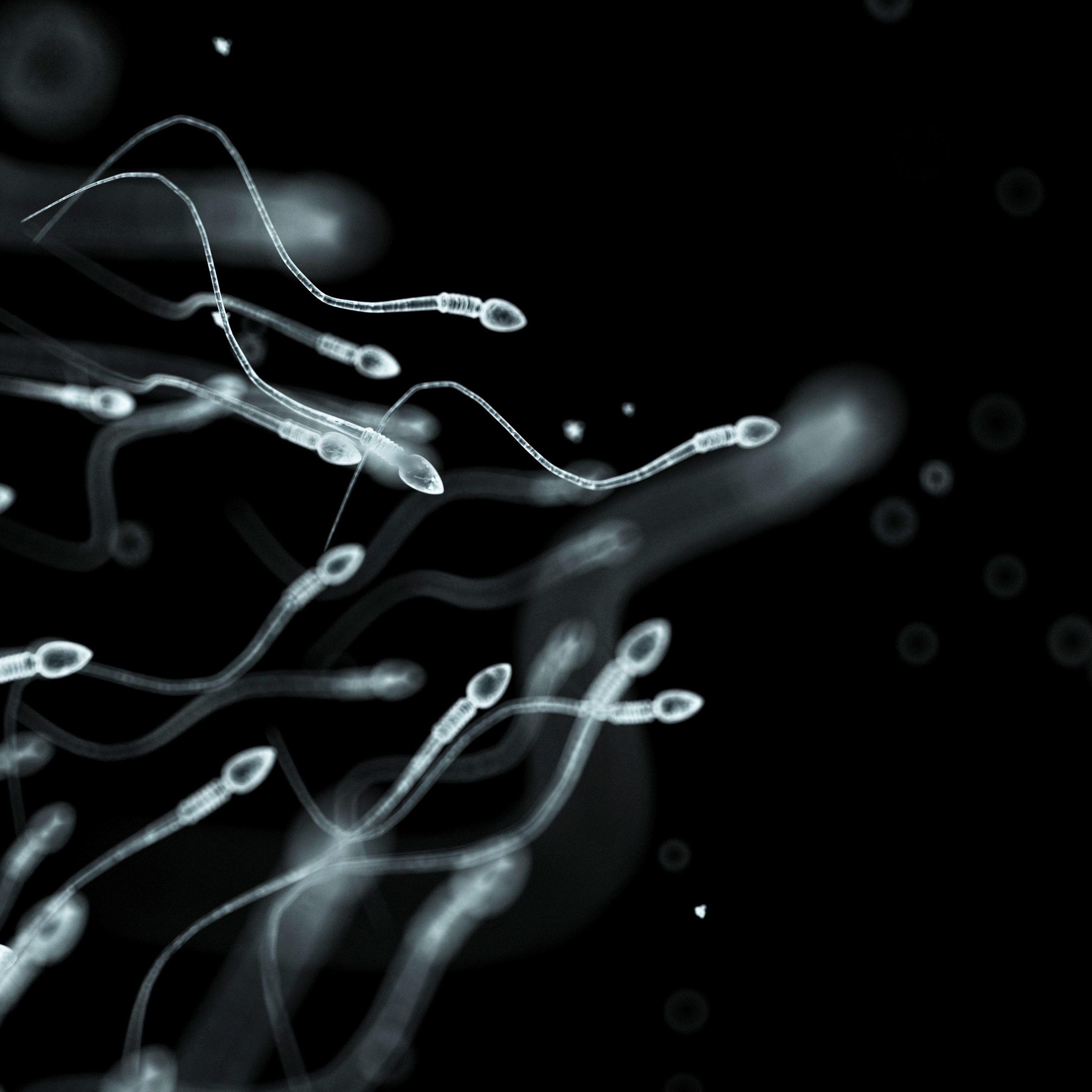 In rare cases, such as when pyospermia persists after therapy, a semen culture may identify antibiotic-resistant bacteria that respond to a different antimicrobial regimen. The high rates of specimen contamination, on the other hand, make interpretation of the data problematic.

In these cases, I propose scheduling antimicrobial sensitivity tests so that any bacteria generated are evaluated for antibiotic susceptibility. If many organisms develop from the culture, it is most likely a contaminated specimen.

If a single organism develops that is resistant to previously used antibiotics, this knowledge may be utilized to guide future therapy.

If the foregoing tests indicate no concerning results, I put the guy on antioxidants for at least three months before scheduling an oxidative stress test (See “Antioxidants and Oxidative Stress” section for additional information).

If the oxidative stress test findings are normal, the pyospermia’s influence on fertility should be low. If the findings are abnormal, however, sperm washing may be performed to reduce the influence of the WBCs.

WBCs have a greater influence on sperm quality the longer they remain in touch with it. As a result, quick sperm washing following ejaculation (in conjunction with intrauterine insemination) may reduce the amount of time the WBCs remain in touch with the sperm, thereby minimising oxidative stress damage.

This is particularly true if the inflammation is thought to be in the prostate area, where sperm spend less time; but, it may be less helpful for epididymal inflammation, since sperm normally spend seven to fourteen days in the epididymis during the normal maturation process.

What Are The Causes Of Low Sperm Count: Pyospermia Natural Treatment