Have you ever thought about how long do hemorrhoids last if untreated? Hemorrhoids are swollen, inflamed veins located around the anus or rectum that may continue for various lengths of time, depending on the severity of the condition.

Hemorrhoids may clear up on their own in some individuals after a few days of treatment. When they occur frequently, they are known as “recurrences.”

Some individuals may need medicine or medical treatments to reduce their symptoms and decrease the hemorrhoids, while others may do it on their own.

Hemorrhoids may be painful and make even ordinary movements, such as sitting or walking, unpleasant or difficult to do successfully.

Even without therapy, the symptoms of tiny haemorrhoids may resolve in a matter of days. Chronic haemorrhoids, on the other hand, might linger for weeks with symptom flare-ups.

Continue reading to learn how to cure persistent haemorrhoids and when to consult a doctor.

Hemorrhoids may disappear within a few days in some persons. In certain circumstances, they may become a recurring occurrence.

Hemorrhoids can be unpleasant or irritating at times. They might also bleed when urinating.

Hemorrhoids are quite prevalent. Seventy-five percent of people will get haemorrhoids at some time. People between the ages of 45 and 65 are more likely to have haemorrhoids.

Learn more about external and internal haemorrhoids by exploring the interactive 3-D graphic below. 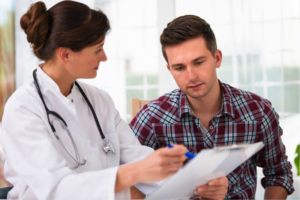 In this article, learn more about hemorrhoids, including how long they endure and how to obtain treatment.

What Are The Different Types Of Hemorrhoids?

Hemorrhoids are classified into two types: internal and external. External haemorrhoids can become irritated and noticeable on the exterior of the anus.

If an internal hemorrhoid grows large and severe, it can push through the anus and get stuck outside the body, causing considerable pain.1

Unfortunately, there is no specific time frame for when haemorrhoids will go. Symptoms usually go away within a few days, even without treatment.1 However, if symptoms do not improve after a week of home care, consult your doctor.

If you’ve been wondering, “How long do internal hemorrhoids last?” the answer is totally dependent on the severity of the hemorrhoid.

Although a Grade 1 hemorrhoid is considered small, Grades 2, 3, and 4 hemorrhoids protrude from the body and may necessitate medical care. The following are the different types of hemorrhoids: 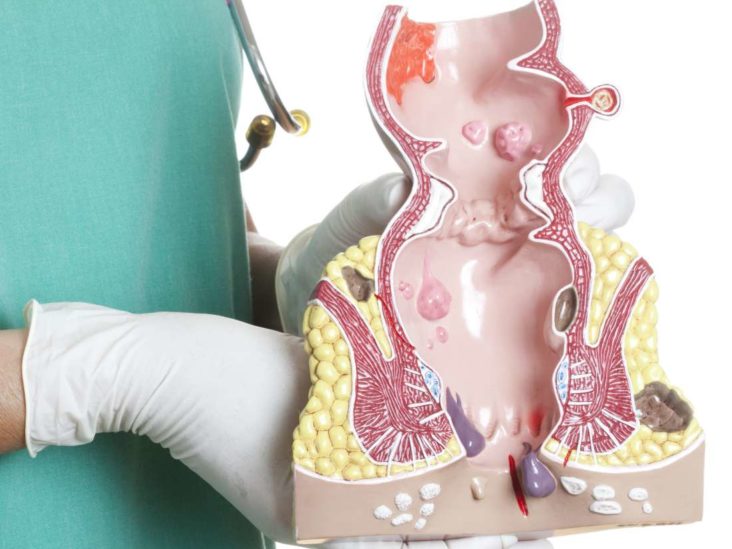 This shrinks the swollen vein, and the therapy is finished after two to four sessions, six to eight weeks apart.3 If internal hemorrhoids have developed to the point that surgery is necessary, a hemorrhoidectomy may be required to remove the troublesome vein and tissue. Typically, recovery takes 7-10 days.

External haemorrhoids that have thrombosed, or clotted and hardened, can be excruciatingly painful. Without medical assistance, the discomfort will usually subside in two to three days.

How Long Do Piles Last?

Hemorrhoids might last for an indefinite period. Small hemorrhoids may disappear on their own within a few days, without the need for treatment.

Large, external hemorrhoids may need more time to cure and cause substantial pain and suffering throughout the healing process. If hemorrhoids do not go away within a few days, it is important to see a doctor for further evaluation.

The following are risk factors for severe or recurring hemorrhoids:

Some of the causes listed above may also make it harder for hemorrhoids to heal, resulting in the condition persisting for a longer period.

Hemorrhoids affect almost everyone at some time in their lives. They are swollen or enlarged veins at the bottom of the rectum or anus produced by increased pressure in the pelvic or rectal region. 1 This pressure might be caused by pregnancy, obesity, lengthy periods of sitting, or excessive straining when using the restroom.

Those suffering from this frequent illness may be asking how long hemorrhoids endure. We have some answers as well as some helpful hints for dealing with the symptoms at home.

If your hemorrhoids are tiny, your symptoms may go away on their own in a few days. Simple dietary and lifestyle modifications may also be required. 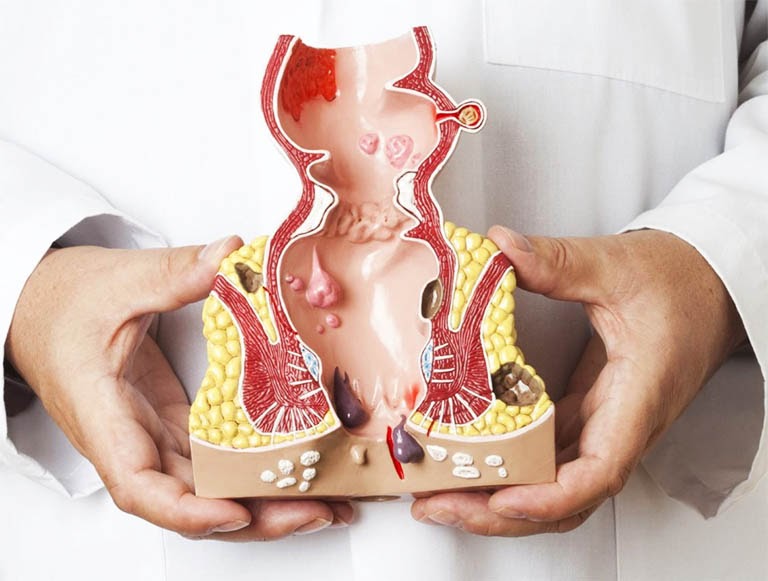 Hemorrhoids can occur in certain pregnant women. This is due to the increasing pressure in your abdomen, particularly during the third trimester, which may cause the veins in your rectum and anus to dilate.

Pregnancy hormones may also increase the likelihood of vein swell. If you get hemorrhoids while pregnant, your symptoms may linger until the baby is born.

Hemorrhoids have no predetermined duration. Small hemorrhoids may go away on their own after a few days.

Large external hemorrhoids can take a long time to cure and cause a lot of pain and suffering. If your hemorrhoids do not go away after a few days, you should consult a doctor.

A reliable source for severe or recurring hemorrhoids is:

Some of the aforementioned causes might also make it harder for hemorrhoids to heal, causing the problem to last longer.

Hemorrhoids are a frequent pregnancy condition, especially in the third trimester.

The increased weight that a pregnant woman bears may put strain on the veins in the anus and rectum. The uterus expands, putting pressure on the veins near the rectum.

Hormonal shifts may relax the veins in this location, increasing the likelihood of haemorrhoids.

Hormonal and physical changes can also create gastrointestinal issues like constipation or diarrhoea, which raises a person’s risk of haemorrhoids.

Hemorrhoids can also appear 1-2 days after delivery. Childbirth increases the risk of haemorrhoids by about 8 times.

According to Trusted Source, haemorrhoids develop in 38% of women during their first pregnancy, and the number increases with subsequent pregnancies.

The following are some of the causes of haemorrhoids after birth:

Women who had a normal or instrumental birth are at an increased risk of getting haemorrhoids.
birth duration
Pregnancy was extended, and the second stage of labour lasted more than 20 minutes, and the infants were very heavy.

Depending on the severity of the hemorrhoids, they may not need treatment and may resolve on their own within a few days. While recovering after an injury, a person should relax and refrain from performing activities that strain or pressure the injured region.

Some patients may find success with over-the-counter (OTC) medicines. Irritation and pain may be alleviated using medicated creams such as phenylephrine gel (Preparation H).

If over-the-counter remedies are ineffective or ineffective, a doctor may prescribe more effective ointments to treat the condition. 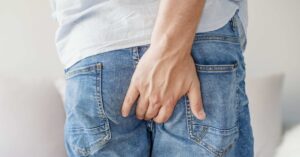 People who suffer from hemorrhoids regularly or who develop problems such as blood in the stool should consult with a doctor. The doctor may propose alternate therapies or tests to rule out underlying issues.

Individuals who suffer from severe hemorrhoids may need more comprehensive treatment, including medical treatments. These processes may involve the following:

Rubber band ligation is the most popular nonsurgical surgery for hemorrhoids removal, and it is also the least expensive. A doctor will apply a thin, tight bandage on hemorrhoid to block off circulation to the tissue and let it fall off on its own over time.

Sclerotherapy is a procedure in which a doctor injects chemical medicine into a hemorrhoid to decrease the bleeding and heat, light, and freezing temperatures.

Surgical removal is only recommended in situations when hemorrhoids do not respond to at-home or in-office treatment options, according to experts. The surgery is effective most of the time and keeps the hemorrhoids from returning.

Some dietary and lifestyle adjustments may be beneficial for persons who suffer from hemorrhoids regularly, both healing and prevention.

Straining during bowel movements is a major cause of hemorrhoids, although patients may adopt dietary changes to lessen their need to strain during their bowel movements.

The inclusion of lots of fiber-rich foods in one’s diet is usually considered advantageous. Plant fibers included in fruits, vegetables, nuts, and grains assist in gathering water in the stool, making it softer and easier to pass through the digestive tract.

The addition of soluble fiber to the diet, such as methylcellulose (Citrucel) or psyllium (Metamucil), may help to alleviate constipation symptoms.

It is important to drink lots of water throughout the day to ensure that the body has adequate water for optimal digestion, which may also assist in alleviating constipation symptoms.

Making a few little modifications to one’s way of living may significantly reduce the symptoms of hemorrhoids. Some pointers are as follows:

It is possible that spending an excessive amount of time on the toilet can cause blood to pool in the rectum veins or put undue strain on these veins.

While adopting dietary adjustments might help individuals spend less time in the bathroom, people should avoid bringing their smartphones, newspapers, or books into the lavatory.