Hemorrhoids are known as “piles,” which are swollen tissues containing veins accompanied by pain. They are found in the walls of the rectum and anus and may cause mild bleeding or the formation of tiny blood clots in the rectum and anus.

Hemorrhoids may affect anybody, even healthy young individuals in terrific condition, even though they are humiliating to discuss.

They may be unpleasant and bothersome, but they are seldom life-threatening. Hemorrhoids are distinguished by the location of the hemorrhoids and the level of pain, discomfort, or aggravation they produce. 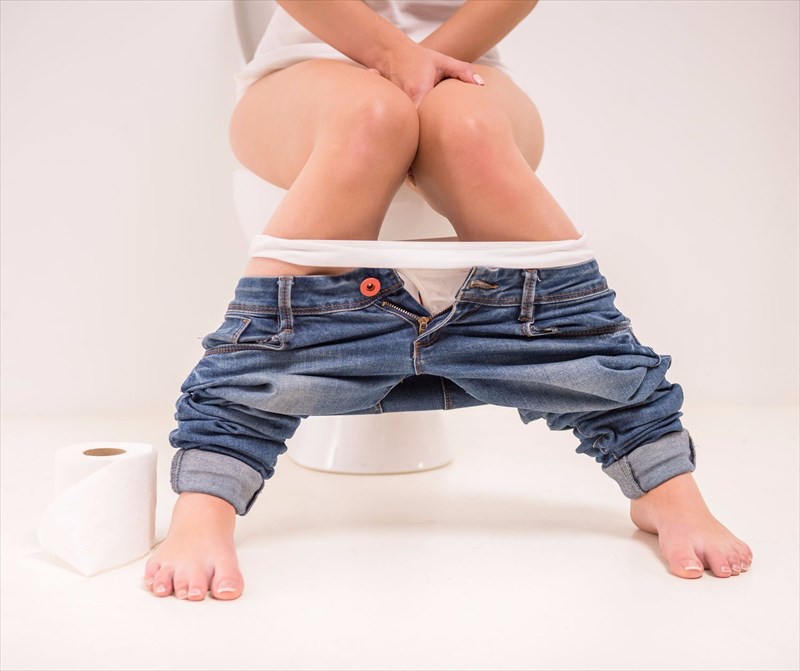 Constipation is the most frequent cause of hemorrhoids, which are typically brought on by increased pressure around the anus. Additional factors include:

Hemorrhoids occasionally require surgical removal and might appear as hard lumps around the anus. Hemorrhoids may affect everyone. They will affect around 75% of Americans at some point in their lives, usually when they are adults.

Grade I is tiny and does not have any protrusions. Minor bleeding happens after a bowel movement from time to time, and it is completely painless.

Grade II hemorrhoid may protrude during a bowel movement, but it will return to its original position on its own after that.

Grade III hemorrhoid must be manually reinserted into its proper position.

Grade IV hemorrhoid has prolapsed – it protrudes continually and will come out again if the rectum is pulled back into the pelvic area too hard. It is possible that there is bleeding. Hemorrhoids that have prolapsed may be quite painful.

In the anus, external hemorrhoids form under the skin immediately outside the orifice of the anus. When hemorrhoids become thrombosed, they may enlarge, and the surrounding region may become hard and uncomfortable, with the hemorrhoids becoming blue or purple. A thrombosed hemorrhoid is hemorrhoid that has developed a clot inside it.

However, although this clot is not harmful and will not spread throughout the body, it does cause discomfort and should be removed. External hemorrhoids may be itchy and uncomfortable, particularly while passing stool, and should be treated as soon as possible. They may also prolapse at any time.

At What Age Can Piles Occur?

Hemorrhoids are a human-only condition; no other species are known to experience them. Hemorrhoids are quite prevalent – up to 86 percent of the population will report having had hemorrhoids at some point in their lives – however, they are often used as a catch-all term for any anorectal ailment, including itching.

It is possible to develop them at any age, although they are most frequent between 45 and 65. Women who are pregnant are the ones who are more likely to get them while they are younger. 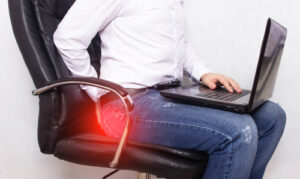 External hemorrhoids are most often characterized by itching, burning, or bleeding, and they may be uncomfortable and enlarged as a result. They’re the most typical reason for bowel motions accompanied by blood.

An internal hemorrhoid is characterized by the presence of a tiny, painless emission of extremely brilliant red blood in the stool or on the toilet paper immediately after a bowel movement. Blood will only be found on the surface of the seat and will not be blended in.

When it comes to tiny quantities, it isn’t a big deal. If this is the first time this has happened, see your doctor to ensure if hemorrhoids are the cause.

Consult your doctor if the bleeding persists since a continuous blood loss may result in anemia ( a condition where there are not enough red blood cells to bring oxygen to your tissues). 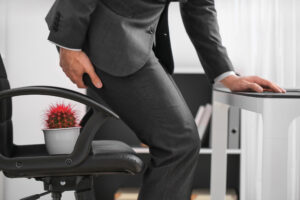 A high-fiber diet combined with plenty of water is recommended in the case of grade I internal hemorrhoids and painless external hemorrhoids. This will soften the feces, resulting in less constipation and straining in the process. The swelling of the irritated veins will also be reduced due to this treatment.

Other nonprescription options for pain and inflammation reduction around the anus include lotions and ointments and suppositories and wipes, all of which may be obtained over-the-counter.

Topical hemorrhoidal preparations, administered topically to the afflicted region and include local anesthetics with calming qualities, are one kind of treatment.

Your pharmacist can assist you in selecting a suitable medication for your particular situation. Anti-inflammatory cortisone creams are among the prescription drugs that may be found.

Using stool softeners or bulking medications to assist avoid constipation are also effective preventative methods. It is possible to alleviate symptoms by using a sitz bath three or four times a day for 15 minutes at a time.

A sitz bath is a container filled with warm water designed to be placed over a toilet bowl for relaxation. Ice packs applied to the afflicted region interspersed with warm bags may aid in the dissolution of a blood clot in external hemorrhoid.

You shouldn’t freak out if you think your infant has hemorrhoids because of the symptoms they’re exhibiting. Infants and young children seldom have hemorrhoids.

Since infants are unable to communicate their discomfort, it is crucial to watch out for certain symptoms to establish whether your child has hemorrhoids. Even though it would be incredibly uncommon, hemorrhoids may be present if you see swollen, inflamed lumps around your baby’s anus.

Get a diagnosis from your child’s physician if you believe your infant has hemorrhoids since it’s probably something else. Blood in the stool symptoms may occasionally be a sign of a more serious ailment. There are several methods you may use to alleviate your baby’s discomfort and fussiness once your doctor has made a diagnosis.

It’s critical to keep an eye on your baby’s diet because constipation is the most typical cause of hemorrhoids. It’s rare that a breastfed infant would experience constipation.

There is a possibility that your infant might get constipation if their main dietary source is a formula or if the transition to solid food has begun.

Constipation in older kids and adults is frequently brought on by inadequate fiber intake, dehydration, and exercise. To get help with constipation, speak to your child’s doctor.

They could advise including extras in your infant’s diet like a little bit of: 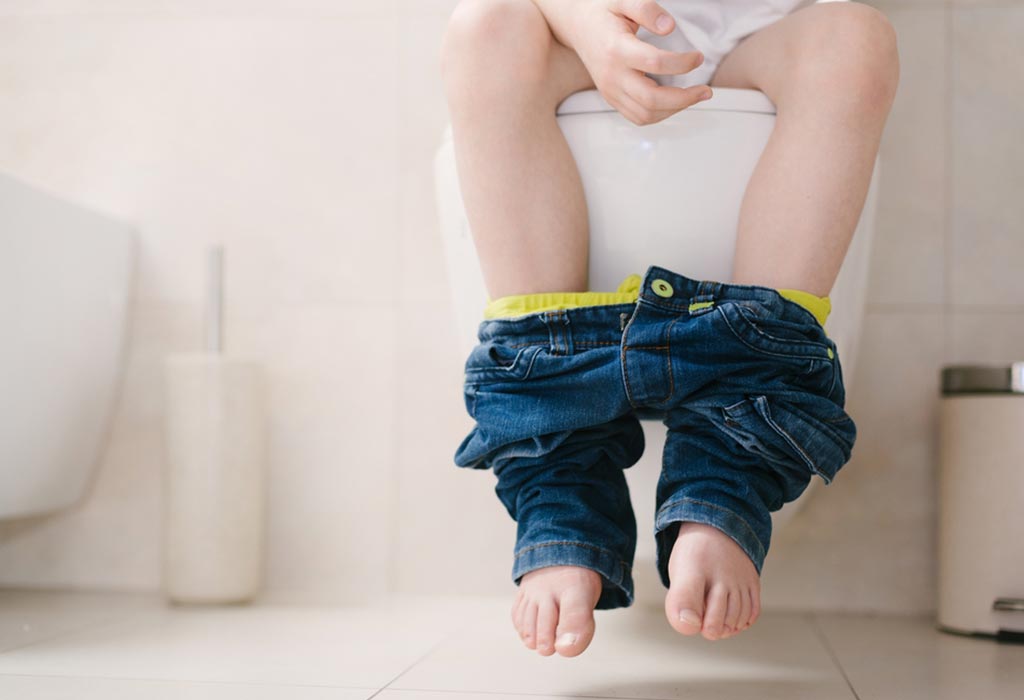 The baby’s symptoms may go away in one to two weeks if they react to these therapies. Consult your doctor about other treatments if your symptoms don’t go away.

Anyone can get hemorrhoids regardless of age, gender, or race, however, newborns seldom do. Ask your doctor to do an examination if you believe your infant has hemorrhoids.

Why Piles/Hemorrhoids Are Common By The Age Of 50?

Hemorrhoids and piles can affect anybody, but as individuals age, they become more prevalent; by the time they are 50 years old, it is said that 50% of the population has them.

How To Prevent And Manage Hemorrhoids If You Are 50 Or Above?

By eating well and exercising frequently, hemorrhoids may be avoided with ease. If you already have hemorrhoids, you may alter your lifestyle to make them less irritating.

A patient with hemorrhoids may wish to inquire with a doctor if a medicine they are taking is causing them to get constipated as constipation is one of the major causes of hemorrhoids among people over 50.

When this occurs, a patient may request that a doctor prescribe another drug that doesn’t result in constipation.

Eating a diet high in the fiber present in whole grain products, fresh fruits, and vegetables can frequently relieve constipation.

Additionally, up to or more than 6 glasses of water, every day may assist to lessen or even eliminate hemorrhoid symptoms.

Hemorrhoids may be avoided by eating a diet high in fiber and supplemented with plenty of water. This diet softens the stool and gives it volume, making it easier to push through the colon.

Eating foods that have been refined or processed may potentially make hemorrhoids worse or cause constipation, which can cause hemorrhoids.

Therefore, items like chips, cakes, and sweets should be avoided, especially by people who are approaching or are over 50.

Exercise regularly will also aid in preventing and treating hemorrhoids.

Regular physical activity is recommended for anybody over 50 without a handicap, not only to avoid hemorrhoids or to lessen their symptoms but also to maintain good health.

Additionally, it’s a good idea to avoid spending a lot of time on the toilet because doing so might strain the veins around the anus or rectum.

Last but not least, following a bowel movement, carefully wipe the anus to avoid irritation and hemorrhoids.