Do you want to know what is dead sperm and what is the medical term of it? Well, this article will give you all know-how on this topic and its treatment, diagnosis and treatment. Now, if that sounds interesting to you, then let us begin.

Necrozoospermia, also known as necrospermia, is a medical word that indicates when sperm in a fresh sperm sample is dead (or necrotic).

Necrozoospermia may be classed as mild (50-80% rotten sperm) or severe (80% necrotic sperm) (80 per cent or more of sperm are necrotic). A sperm sample is termed “normal” if 30 per cent or less of the sperm is necrotic.

It is unclear what causes Necrozoospermia. Because it is so uncommon, there are many unknowns. Among the possible reasons and hypotheses are:

Necrozoospermia is not confused with asthenozoospermia, which defines defective sperm motility (how sperm move). The sperm do not move in this situation, yet they are not dead. Absolute asthenozoospermia occurs when all of the sperm in a sample cannot migrate, a disorder that affects one in every 5,000 males.

Both asthenozoospermia and Necrozoospermia may cause male infertility. Typically, there are no visible signs. A sperm analysis is the only approach to identify the issue. Even with testing, 50% of male infertility reasons remain unknown.

When a lab diagnoses Necrozoospermia in a sperm sample, it is almost always an error. A mistaken diagnosis may arise if any of the following conditions exist:

The sperm collection container was filthy. The sperm sample should be obtained in a clean, dry cup. If the cup was polluted, whatever was in it might have killed the sperm.

To collect sperm within a condom, you must use a condom explicitly designed for medical collection. Even though the condom is not labeled as containing spermicide, the latex substance might destroy the sperm.

If you have Necrozoospermia, your doctor will repeat the test and send your following sperm sample to a specialized lab. If you retake the exam, you may be required to supply two pieces in one day.

This is because the sperm in the next ejaculation will be fresher since it will not have spent as much time waiting to be ejaculated.

What is Dead Sperm

This disease occurs when there are fewer mature normal sperms and more dead sperms in the sperm. When there is a drop in normal sperm, the odds of spontaneous pregnancy diminish (i.e. difficulty in conceiving, i.e. wife does not become pregnant). One of the most prevalent causes of male factor infertility. This is also one of the most pervasive male sperm abnormalities. 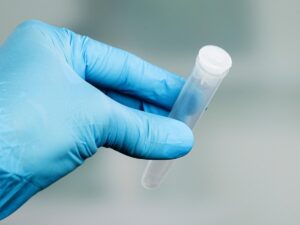 Testicular/epididymal sperm extraction with ICSI is the most effective therapy for Necrozoospermia (TESE-ICSI). A local anesthetic is utilized to numb the testis during this surgery. A needle is then inserted, and a sample of testicular tissue is biopsied (or extracted).

Even though there are no live sperm cells in the ejaculate, live, immature sperm cells are regularly seen in the testicles. 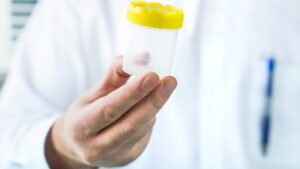 A Word From Verywell

Infertility is a complex problem that affects 10% to 15% of couples. When fertility treatments fail, employing a sperm donor or contemplating other family alternatives (such as fostering or adoption) may be the best next step.

Even though infertility is challenging and distressing, there are always possibilities for becoming a parent. Speak with your fertility doctor about if it’s time to try something else.

Does Sugar Cause Piles? How Can A Diet Help?

Is Yogurt Good For Piles? | What Causes Piles Pain?