Can hemorrhoids cause stomach and back pain?

There are commonly three types of hemorrhoids, and all of them cause various types of pain. Can hemorrhoids cause stomach and back pain? This is one of the most common questions that people usually ask from us who are suffering from piles, and that is the sole reason we have decided to address them once at all.

This article will give you a brief idea of what hemorrhoids are and the prevention you can adapt. Furthermore, we will also explain various types of hemorrhoids and what are there symptoms and causes. Well, if that sounds interesting to you, then let us begin.

Can hemorrhoids cause stomach and back pain?

Yes, hemorrhoids can cause stomach and back pain. Different pains indicate different types of hemorrhoids and for the sake of your better understanding, let us discuss each of them one by one. 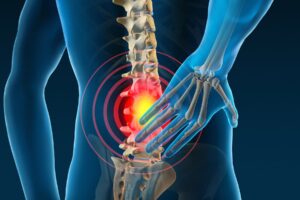 These are located just under the surface of the skin surrounding your anus. The following are examples of signs and symptoms:

Internal hemorrhoids are hemorrhoids that are located inside the rectum. They are typically not visible or feelable and seldom cause pain or discomfort. However, straining or discomfort when passing feces might result in the following symptoms:

The formation of a clot (thrombus) in external hemorrhoid might result in the following complications:

Under strain, the veins surrounding your anus tend to expand and protrude, causing them to enlarge and bulge. Hemorrhoids may develop as a result of increased pressure in the lower rectum, which can be caused by:

Hemorrhoids may cause a variety of complications, the most common of which are as follows:

When to see a doctor?

If you are experiencing bleeding during bowel movements, back pain, and stomach pain, or if you have hemorrhoids that have not improved after a week of home treatment, see your doctor immediately.

Is Yogurt Good For Piles? | What Causes Piles Pain?

Can You Get Pregnant With Azoospermia? Our Detail Analysis