Hemorrhoids may occur in adolescents and adults, even though they are more common in adults. Throughout this article, we’ll go through the warning signs and symptoms of hemorrhoids in teenagers, along with the causes and treatment options accessible.

Yes, piles may affect anybody, even teens, since this condition can strike anytime. And these are only a few of the typical piles symptoms in teenagers, detailed further below.

In most cases, the pain lasts for two to three days, and the enlargement may last for one or two weeks after the discomfort initially appears. 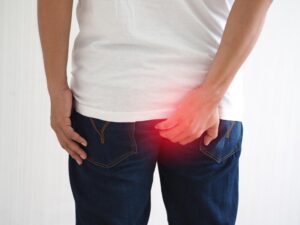 As a result of this condition, prolapsed internal hemorrhoids (marked by mild pain, fecal incontinence, mucous discharge, and skin irritation around the anus) may occur.

External hemorrhoids are the most frequent kind of hemorrhoids since they protrude from the anus. Depending on the severity of your problem, you may attempt to push them back into the anus with your fingers. Those who come into contact with them will find them unpleasant and fragile.

The term “thrombosed external hemorrhoids” refers to external hemorrhoids that include a blood clot in addition to the usual blood vessels. They are irritating after defecation, causing swelling and redness around the anus area. Their anus is also tinted a blue color, which is unusual for them.

Causes Of Hemorrhoids In Teenagers

To determine whether or not your kid has hemorrhoids, it would be up to your child’s doctor to interview them about their symptoms as well as their medical history.

In some instances, anorectoscopy (a process in which a tube-like instrument is used to do a rectal examination) may be required to diagnose a condition.

A speculum examination (a piece of duck-billed-shaped equipment used to evaluate a closed hole in the body) may also be conducted on teens, emphasizing their development. Parents who are worried about their children’s behavior may experience pain and mental anxiety due to hemorrhoids. 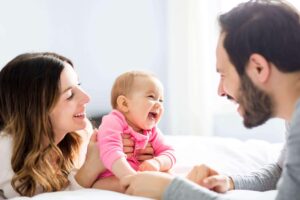 Treatment For Hemorrhoids In Teenagers

Surgical intervention may be avoided if hemorrhoids are detected and treated early enough in some instances. Internal hemorrhoids and prolapsed hemorrhoids may be managed by modifying one’s diet and way of living. Before prescribing medications or doing surgery, the doctor would examine your child’s health and propose the following home care alternatives.