Hemorrhoids are vascular cushions or tissues that aid in fecal continence. There are two types of hemorrhoids. 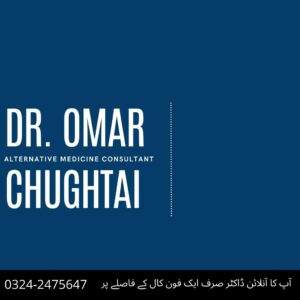 What is the difference between Internal & External hemorrhoids   ( Bawaseer )?

Its origin is thus below the dentate line (below the anorectal line).

In this case, the disease is painful.

Now let’s first talk about the signs and symptoms of internal hemorrhoids.

The sensation of rectal fullness:

Another symptom of internal hemorrhoids is incontinence due to the prolapse of internal hemorrhoids. It interferes with the patient’s ability to have normal fecal continence. Often the incontinence is very mild, although it can be more problematic for some patients. It causes irritation and difficulty with hygiene. It can cause significant decreases in quality of life. So even though it’s maybe mild. It can lead to issues with the quality of life.

We can also see pain issues, but please take away from this because internal hemorrhoids are often painless. So, no pain at all.

The signs and symptoms of external hemorrhoids are following. 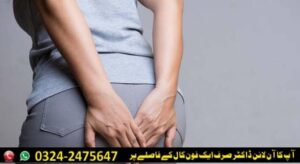 Because the external hemorrhoid is below the dentate line, there is a perianal mass or swelling. So, it’s often a visible mass, and it looks like a firm nodule that is purple in coloration. What can be noted is that this purple firm nodule can increase in size over time. So, as the external hemorrhoid increases in size. It becomes more problematic that visible mass can appear more prominent and significant over time.

Suppose you have hemorrhoids or Bawasir. Initial treatments should be conservative. These include changing your diet to avoid constipation. Make sure you’re well-hydrated, taking good volumes of water, and handling good volumes of soluble fiber.

Some causes and tips to remove Hemorrhoids (Bawaseer):

No one may want to talk about hemorrhoids, but about 40% of people have them. It’s one of those embarrassing medical conditions that patients are afraid to speak to their doctor about.

There are other six causes and tips to help treat hemorrhoids (Bawaseer) at first on your own at home. A hemorrhoid is inflamed blood vessel protrusions either on the inside of the rectum or bulging on the outside. Although it’s less common, there are other conditions, and some of them may be more serious that can mimic hemorrhoid symptoms.

Tip number one stool softeners. Constipation is the number one cause of hemorrhoids (basis). The last thing you want is to strain when you have a hemorrhoid flare. It’s not pleasant to consider over-the-counter stool softeners. It includes decussate sodium or Kool-Aid up to 250 milligrams once daily. It’s not a laxative, and it can be long-term. If needed, better yet, increase your intake of natural stool softeners in your diet like prunes and pears.

Tip number two laxatives. If you are constipated, let’s say you have hardened or less frequent stools if you have a feeling of incomplete removal, an osmotic laxative rather than a stimulant one. Since it simply pulls the water into the seat and then softens it. Polyethylene glycol can be taken up to two times a day until the stool is soft.

Tip number three increased fiber typical adults need a minimum of five servings of fruits and veggies. A day or 25 to 35 grams a day, consider higher fiber foods. These include prunes plums, apricots, raisins, peas, broccoli, and beans. If you’re unable to consume enough fiber, then fiber supplements may be necessary. This includes psyllium, Metamucil. Start small and increase it slowly to avoid side effects. Look for 100% whole wheat bread, use brown rice instead of white, and avoid simple sugars like sweet sodas and white bread.

Increases your physical activity. This helps get the gut moving to consider 30 minutes of exercise on most days of the week.

Side effects of the steroid creams tox pads and warm packs:

Last but not least, tip number 6 is over-the-counter hemorrhoid treatment. Now over-the-counter hemorrhoids rectal topical that contain hydrocortisone. It is steroid-like in preparation-h, but honestly, the generics will work just as fine. So, no need to spend more. It can help shrink up the hemorrhoids. But should not be used longer than a week to avoid thinning the rectal skin. It is one of the side effects of steroid creams tox pads and warm packs. Two to three times a day can also help soothe and relax the discomfort.

This section is entirely on the best foods and beverages to eat. Drinks you should avoid to help improve symptoms of hemorrhoids. It helps reduce your risk of getting hemorrhoids in the first place.

The foods are following for hemorrhoid patients. So, the first foods or the first category of foods I want to talk to you about here include high fiber foods. The evidence demonstrates that high fiber is beneficial with hemorrhoids.

Now, what are some excellent sources of fiber? So, some good sources or good foods with many threads in them include nuts like almonds. You can get high fiber from beans, lentils, peas, whole-grain foods, vegetables like broccoli and fruit. So, again high fiber intake is essential. It can help reduce the chances of constipation—it leads to the development of hemorrhoids and worsening symptoms, and difficulty of hemorrhoids.

Role of fiber food and water:

We can find high fiber in nuts, beans, lentils, peas, whole-grain foods like whole-wheat bread vegetables like broccoli and fruit. Then you want to have increased water consumption and fiber intake because it acts along with the fiber. It helps aid in gastric motility and the prevention of constipation. Those are the two essential categories of foods and beverages you want to consume if you have hemorrhoids. It helps reduce the chances of getting hemorrhoids and reduces the symptoms of hemorrhoids.

The Things you should avoid in Hemorrhoids or Bawaseer:

If you have hemorrhoids, the following several foods and beverages are things you want to avoid. Because they can worsen symptoms of hemorrhoids.

Hemorrhoids (Bawaseer) can be treated in several different ways. The first way is by lifestyle advice. Then the second method is by treatments that can be administered in the outpatient setting. Then in terms of Surgery. Surgery (Bawaseer ka operation) will be advised for some patients depending on the symptoms.

The response to these more conservative measures. Regarding lifestyle advice, many patients’ symptoms will improve by adopting a more high-fiber diet. They avoid straining on the toilet. Adding more fluid to their diet will often take away some of the symptoms of early hemorrhoids.

Some patients will use over-the-counter remedies. But, while this might improve the symptoms. They sometimes won’t get rid of the condition. Such that patients will often present to their GP or a specialist. Because these simple methods haven’t worked.

In the outpatient setting, we can do simple techniques like injecting the hemorrhoids for that inside. Slightly larger and prolapsing hemorrhoids (bawaseer) can be treated by banding. It will only treat the internal components of hemorrhoids but will often improve the symptoms.

Repeated injections or bandings are often feasible. But, some patients will either present or progress to develop hemorrhoids that may need surgical therapy ( Bwaseer Operation). You can divide Surgery into Surgery that cuts the hemorrhoids away.

It stitches them back inside or staples them back in place. I tend to favor fixed external hemorrhoids cutting them away. For hemorrhoids to reduce internally. They can be managed by stitching them back inside and tying off the arterial supply technique known as THD. Using the combination of these techniques, we can usually obtain a fantastic result for most patients.