Does Alcohol Causes Hemorrhoids To Flare Up?

Beer is prohibited in Islam, but some have asked us does alcohol causes hemorrhoids to flare up? So, we have decided to address this issue.

Do you also want to know Is alchol good for piles? Then stay tuned because this article is specially designed for you.

Allow us to explain:

Though we can treat them, alleviate the discomfort, and remove them in most circumstances, we prefer that individuals avoid developing them in the first place!

In this post, we will look at the impact of alcohol on vein health, especially hemorrhoids. Is drinking a cause of hemorrhoids? In a nutshell, sure.

Does alcohol cause hemorrhoids to flare up?

Over 6 percent of Americans over the age of 18 suffer from alcoholism. Among the various health complications associated with AUDs, the health of your veins is dependent on a robust, healthy flow of blood across the circulatory system’s arteries and veins. 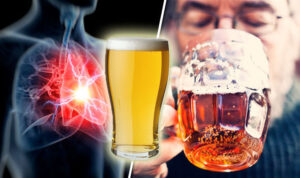 Although there is no direct link between alcohol and hemorrhoids, there is an evident indirect link. Excessive alcohol consumption may elevate blood pressure, injuring the veins and circulatory system.

When you consume more than three or four drinks in one sitting (on average), your blood pressure will momentarily rise, which is why those inebriated feel skin reddening. Long-term binge drinking may lead to long-term increases and issues later in life.

High blood pressure strains the veins. When your veins are pushed, you are more likely to develop hemorrhoids and other vein problems.

Hemorrhoids are caused by overstressed veins that become irritated, resulting in symptoms of bleeding and puffiness. In this sense, alcohol and hemorrhoids are linked.

Bowel problems may also be caused by alcohol. Alcohol acts as a diuretic. The drinker becomes dehydrated as a result of it. Constipation is often caused by dehydration. Constipation requires more power than usual to pass bowel motions. This exercise might strain the hemorrhoids, causing discomfort and pain.

As most people know, alcohol is a significant cause of liver damage. Over time, the liver of a regular drinker will be notably less healthy than that of an infrequent or non-drinker. Cirrhosis, or scarring of the liver, may impair its capacity to filter and pass blood. 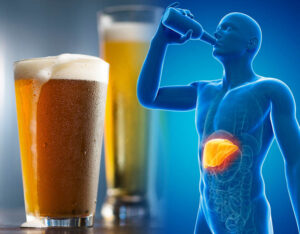 Cirrhosis of the liver may also cause hemorrhoids. Scarring of the liver in this condition stops blood from passing stress-free, prompting the body to seek alternate routes to deliver blood to where it needs to go.

How To Treat Retrograde Ejaculation? | Causes, Symptoms and Treatment