Do you want to know how are blocked sperm tube diagnosed? is and how it is related to Epididymal Obstruction? If yes, then welcome because you are on the right spot. This article will take an in-depth look at blocked sperm tubes and epididymal obstruction.

What is the epididymis?

The epididymis is a thin-walled, tightly coiled duct located in the scrotum that gathers and stores sperm from the testes’ sperm-generating (seminiferous) tubules.

It is crescent (moon-shaped) in form and runs lengthwise down the testis’s back. Its walls get thicker and straighter as it develops into the vas deferens, the thicker tube that transports sperm to the prostate and seminal vesicles. Believe it or not, it is nearly 20 feet long when uncoiled.

Sperm develop and acquire mobility when they travel through the epididymis.

Certain men have a blocked epididymis, preventing sperm from entering the vas deferens and entering the ejaculate. An obstruction might affect one or both sides.

If a guy has an epididymal blockage on one side, his sperm count may be reduced. If a man has epididymal tie-ups on both sides, azoospermia will result (a zero sperm count).

What causes a blocked sperm tube?

There are various possible reasons for epididymis obstruction:

Infection: Of all the structures in the scrotum, the epididymis is the most prone to infection. This may be caused by sexually transmitted illnesses or bacteria (more prevalent in older men).

A disease may permanently scar and obstruct the epididymis. (This is one of the reasons it is critical to treat any epididymal disease promptly.)

Surgery in the scrotum might result in the epididymis becoming obstructed.

These procedures may involve the following:

Repair of Hydrocele: A hydrocele collects fluid around the testicle.

Spermatocele Repair: A spermatocele is an outpouching of the epididymis tube, similar to a weakness in the tire’s wall. It subsequently fills with fluid and has the appearance of a cyst.

It is critical to understand that this fluid accumulation seldom obstructs sperm flow. However, repairing a spermatocele has a significant probability of blocking sperm passage via the epididymis.

The epididymis might be injured when the scrotum is examined for injuries, either in infancy or adulthood.

Testicular Torsion Treatment: When the testis twists in on itself, it may cut off its blood supply and irreversibly kill the testis; consequently, this event must be addressed as a surgical emergency.

If discovered in time, the twisted testis and the one on the opposite side are stitched to the scrotum wall to prevent them from twisting further (orchidopexy.) Occasionally, this might result in epididymis obstruction on one or both sides. 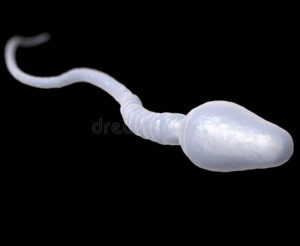 This results in a build-up of pressure in the thin-walled epididymis, which may eventually rupture and scar. This is important for men who want to have children after a vasectomy and are contemplating reversing the procedure.

When your doctor does a physical exam, he may feel an epididymal blockage. The epididymis may feel dilated and rigid during the evaluation of the ductal structures. Generally, it is flat in the center and is imperceptible. If your epididymis is enlarged and hardened, this may suggest a blockage. 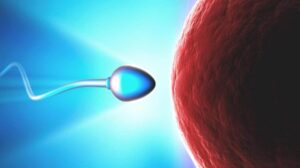 If an epididymal blockage is detected in a man with no sperm in the ejaculate, more testing may be required to attempt to resolve the issue. (For further information, please see the section on azoospermia.)

What Are The Blocked Sperm Duct Symptoms?