sperm/o, also known as no sperm count, is one of the most common problems that patients of azoospermia have faced. Well, this is what this article is all about. In this article, we will take an in-depth look at all aspects of it, and now if that sounds interesting to you, let us begin this article.

Azoospermia is a condition where a man’s ejaculate contains no sperm. A blockage can cause sexual dysfunction in the reproductive tract, hormonal problems, ejaculation issues, and testicular structure or function issues. Treatable and reversible causes of infertility exist. Other reasons may make it possible to obtain live sperm for assisted reproduction.

How common is azoospermia?

What are the parts of the male reproductive system?

The following organs make up the male reproductive system: 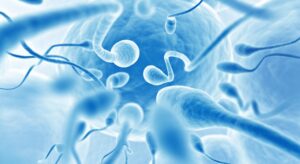 It is considered an average sperm count of 15 million/mL or more. In men who suffer from oligospermia, the sperm concentration is below 15 million per milliliter (mL).

Are there different types of azoospermia?

Obstructive azoospermia: For this type of azoospermia, the epididymis, vas deferens, or other parts of your reproductive tract are either blocked or missing connections. Because you’re producing sperm, but it’s being blocked from an exit, you don’t have any sperm in your semen that can be counted on.

Nonobstructive azoospermia: If you suffer from this sort of azoospermia, your sperm production is either low or non-existent because of a fault in the structure or function of your testicles.

What are the causes of azoospermia?

To understand the causes of azoospermia, it is essential to know what type you have. In other words, an obstruction or nonobstructive sources might be the root of the problem.

Obstructions in the vas deferens, the epididymis, and ejaculatory ducts are the most prevalent causes of azoospermia. Blockages in these places might be caused by:

The operation of a vasectomy (planned permanent contraceptive method in which the vas deferens are cut or clamped to prevent the flow of sperm). 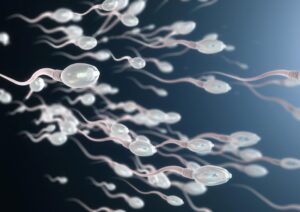 Nonobstructive causes of azoospermia include: ( sperm/o )

Genetic factors. Unable to conceive may be caused by a variety of genetic mutations, including as
If left untreated, Kallmann syndrome is a genetic (inherited) condition that may lead to infertility in women.
An additional X chromosome is seen in males with Klinefelter’s syndrome (making his chromosomal makeup XXY instead of XY). As a consequence, many couples struggle with infertility, as well as sexual immaturity and academic challenges.

Male infertility is caused by Y chromosome deletion, which removes parts of genes necessary for producing healthy sperm from the male chromosome.

Endocrinological problems such as hypogonadism and hyperprolactinemia are among the most common. Ejaculation issues are common, such as retrograde ejaculation, in which the semen enters the bladder.

Causes of the testes include: ( sperm/o )

Certain drugs that affect sperm production might cause adverse reactions—using radioactive materials in therapy. Diabetes, cirrhosis, and renal failure are all examples of diseases. The condition is varicocele (veins coming from the testicle are dilated or widened, impeding sperm production).

How can azoospermia be prevented?

Genetic disorders that induce azoospermia have no recognized cure. If a genetic mutation doesn’t cause your azoospermia, you may minimize your risk by taking these steps:

What is the long-term outlook for those with azoospermia?

The prognosis of azoospermia varies depending on the reason. Azoospermia may be reversed in many cases. Your healthcare team and you will collaborate to determine what’s causing your azoospermia and how to treat it.

It is typically curable if a hormonal issue or an obstruction causes azoospermia. However, if the problem is testicular dysfunction, it is still feasible to get viable sperm for in vitro fertilization.

What to Do When Your Husband Has Azoospermia?